Likely cause: Interlock cable sticky (a connection between the gear selector and the ignition key). Work gear lever backwards and forwards. If that doesn’t work, press the footbrake, move gear lever forward and thump it into park. The key should then be released.

Bongo owner, Alastair Smith, also had a problem retrieving his ignition key and discovered that a cable had become detached. Here are his photos as he resolved the problem. (Click on images to enlarge). 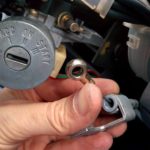 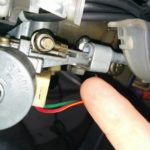 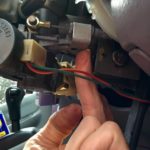 This is what Alastair said: (Numbers also relate to photo order)

Total time for this fix: 30 mins, including working out how the bits fitted together. It’s an easy job.

Broken key in the ignition
Some people have revoved the key barrel, but you could try using a broken key extractor tool. Search eBay or Amazon for ‘broken key removers’ and quite a few kits are shown. 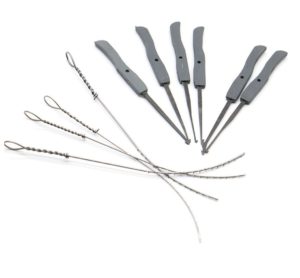 Other things you could try
Hold a strong magnet against the shaft of a thin screwdriver and see if the broken bit of the key can be touched and gently pulled out.

If you can create a visual passage through the entrance of the ignition barrel, to the broken key, you might be able to put a bit of fast drying glue on a thin stick and wait for it to bond to the end of the broken key – then pull the two out together.