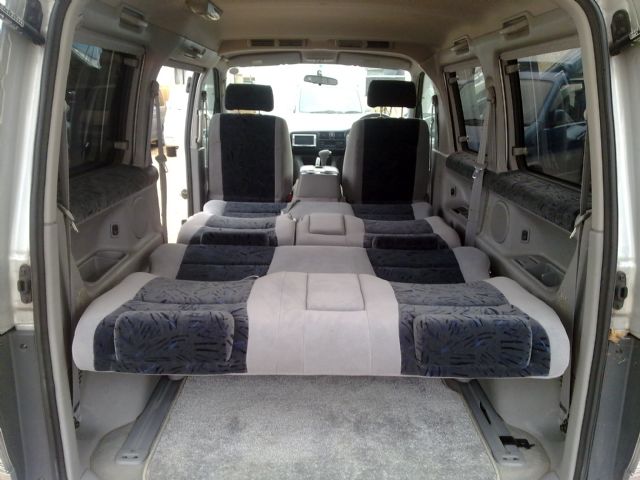 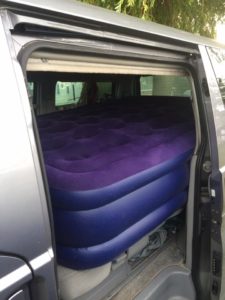 There have been a variety of suggestions. Here are a few of those tried:

Sometimes, facing in the opposite direction, to the one first tried, is more comfortable. Some people also remove the head rests. 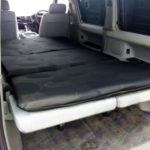 Bear in mind, when choosing a solution, you might want to consider the extra storage space required if you carry mattresses that cannot be rolled up, deflated, or folded into smaller sizes. 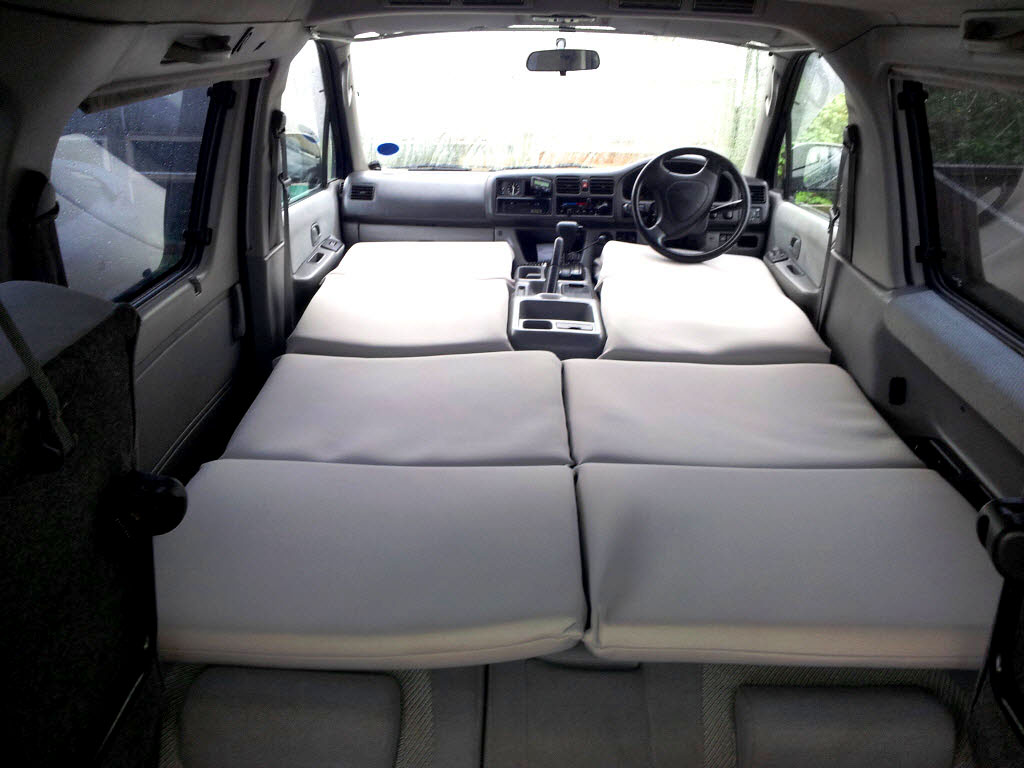 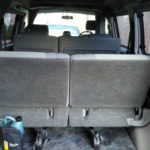 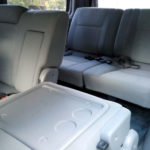 The standard Bongo has two fixed, forward-facing, front seats and two rows of forward-facing, rear seats. Some models have back seats that fold down and swing up to each side of the van.
.
. 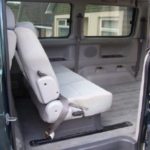 Many owners change these arrangements – for example, turning around the first row of rear seats to permanently face backwards, or installing a rotating conversion, allowing the seat to face front whilst travelling and rear when camping.
.
.
.

Others convert one or both front seats with rotating devices.

You can even get a bunk bed for a child to sleep in the front of your Bongo.

Here’s an alternative for the AFT
Double Self Inflating Camping Mat Inflatable Sleeping Roll Mattress 5cm. Available from Amazon. According to one Bongo owner, it’s a perfect fit and when let down, can stay in the AFT when it is closed.

Here’s another bed solution by Stuart C
Not fitted in a Bongo, but an example of making a wooden folding bed unit that still allows the seat behind the front seats, to be kept in place. By unfolding over the van’s folded seats, a flat surface is created for a comfortable mattress area.

Personally, I have tried a number of ideas for the internal arrangement of my unconverted Bongo. I began with various standard seat arrangements, but soon found that the seats actually got in the way, when not used as a bed. Firstly, I removed the rear split seats; later I removed the main bench seat and replaced one of the rear split seats. Finally, I removed all of the seats and used several Ottoman, folding storage, boxes (usually available from Wilko for under £20 a double length box, or £12 for a single, cube box). The boxes are fabric-covered thick cardboard, with a top reinforced with a wooden board – strong enough to sit on. When not being used, the boxes can be folded up flat and stored in their lids. (They are also about the same height as the seats, when they are in bed mode). 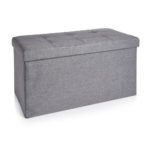 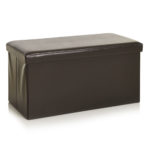 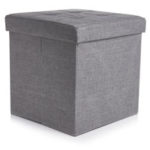 Although the Ottoman boxes worked fairly well, it was gradually dawning on me, why so many people buy Bongos with conversions – or soon have conversions added. Although I still did not require a fitted sink and hob, I realised that ‘proper’ conversions have to include these items, if you want to change the description of your van with the DVLA and thus reduce insurance costs – around half of normal for a standard MPV. Personally, at this stage, I was happy to keep my Bongo as an MPV, because I may wish to replace the seats to carry people occasionally.

Having said all of the above, I still had to make a decision about how I intended to use the Bongo – at least, in the short term. As a single person, with no partner, I decided to build a free-standing conversion, which could be removed or changed easily, at a later date. Here is the sequence of events in pictures. (Click on images to enlarge): 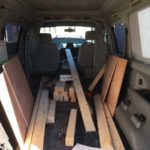 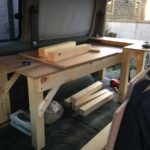 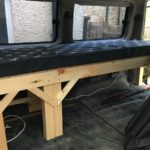 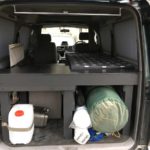 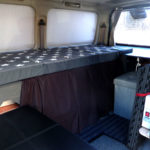 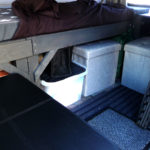 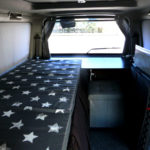 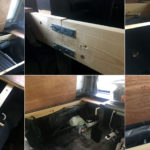 So what led me to this arrangement?

In October 2017, I made a modification to the bed (see last image above). In order to gain more seating area during the daytime, I modified the top and side of the bed. The bed top is now hinged and lifts up to hold under the Bongo’s top grab handle. The side can then be removed and placed behind the other side of the bed. The bed mattress can be folded so that a single section rests on the two square Ottoman boxes (placed side by side to form a seat) and the remaining two folded sections form a back rest that fills the gap between the rear side of the bed and the hinged bed top. (The seat would then be where the plastic storage box is shown, top left of the montage image).